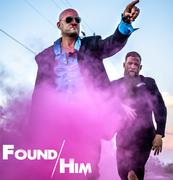 Steven is an award-winning writer, director and producer of several shorts as well as a feature film. Click the picture above to check out Steven's films.

Steven D. Snyder is an American film and television filmmaker, actor, screenwriter and author. He has been in such films as I am Number Four, Crazy, Stupid Love, and Casual Encounters. He has appeared in such television programs as CSI, Extant, iCarly & Community. Steven holds three advanced college degrees, including a Masters Degree in Film & Television Production from Loyola Marymount University.